When the great motivational speaker, Les Brown, as he repeatedly shares in his talks, was struggling for his first job as a disc jockey he approached a radio center and the manager there didn’t at all entertain him. The next day he again approached the same person and the head did the same – sent him back. He again reached out to the same person the following day and was sent back. But he didn’t stop. He still didn’t give up but stepped once again and finally got the job to get tea for the people there. It is awe-inspiring to know the way he never gave up in the face of rejection.

Bran Acton, the founder of one of the most reputed messaging mobile app, WhatsApp, that Facebook recently purchased for $19 bn, had been earlier rejected by two social networking giants Facebook and Twitter for a job. It was in 2009 and the businessman had tweeted back then: “Got denied by Twitter HQ. That’s ok. Would have been a long commute.” He learned from these rejections and took the startup route to today change into a billionaire with net worth $3 bn.” He turned that rejection into his fortune.

Had Brown or Bran given up on their efforts in face of rejection none would have been where they are today. They inspire others today through their action and words. These are the people who changed the direction of tide to became rich and famous today only though their perseverance.

I accept not everyone has the desire for becoming so rich or famous and you might be one among them. Whatever your dream or desire is, you must learn to persist in the face of any challenge. Every road comes with hurdles and roadblocks and if we don’t learn to persist and persevere achieving anything might become difficult.
One who has the ability to persevere will be defeated because defeat is only when you give up. A very strong belief to practice in life regarding perseverance in face of rejection and failure is: “There are no failures, but only feedback.” You try, and succeed. If not, you learn and try again. This same cycle is repeated and finally you succeed.

Sportspersons who rise up to any adversity of injury go ahead to later become winners in various competitions. These are often not small muscle tension or bone fracture but serious injuries or illnesses. Often, in such cases, even doctors give up saying that they can’t do anything. Every star in the sky says that this would be the end. But they go on to walk again, even run, and finally achieve their dreams, How do they do it?

It is sheer perseverance and never give-up attitude in the face of adversity. It has been said that there is no substitute for hard work and persistence. An interesting article appeared in NY Times and it talks about Ms. Cha who failed hundreds of times in her driving test but finally made it in her 960th attempt. Nine hundred and sixty? Is she crazy? I would say, if crazy, so be it. We need such crazy people in our society who can bring change and not give up to small challenges. But that definitely requires great courage and determination. Today Ms.Cha is a national celebrity; Hyundai gave her a free car and has been featured in their television commercials.

Learning to drive was Cha’s dream and she continued doing whatever it would take to realise it. Now whatever is your dream, it is important that you too persist and persevere. Things we want and dream about take time to actualise and become true. Expecting results too soon might lead to disappointments and frustration thus leading you to give up – in all areas of life.

Choose your dreams carefully and once you start off to pursue it, persistence is the key. A simple relationship can’t survive; a baby can’t walk, inventions would have been impossible, had we given up in the face of adversity. Your dreams, big or small, are worth it. They are worth your time and effort. So – come what may – you must persist! 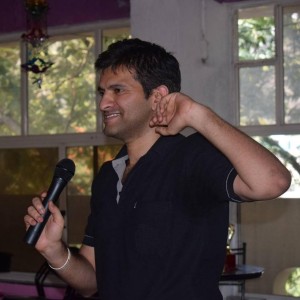 Join our subscribers list to get the latest news, updates and special offers delivered directly in your inbox.
PrevPreviousBreak all barriers with ‘Mamba Mentality’?
NextTips to manage stress at work!Next

How HR needs to prepare for an Unpredictable Circumstance .

How to Get Started with HR Analytics in Your Organization